LASIK is probably the most well-known of the procedures. It provides a fast post-operative visual recovery with minimal pain, leading to a high patient satisfaction rate. However, due to concerns regarding the risks associated with corneal flaps, non-flap procedures are fast becoming the new trend for laser refractive eye surgery all over the world.

There are currently three main types of refractive surgery available in Taiwan. 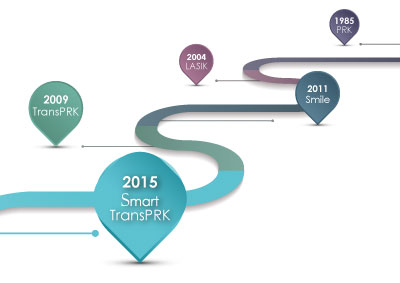 LASIKuses negative pressure suction to immobolise the eye. It then produces a corneal flap using a femtosecond laser.

The flap is lifted off and folded back to allow diopter correction using an excimer laser.

To complete the procedure, the flap is simply placed back on the cornea, without any fixations, and is therefore subject to dislodgment when subject to physical trauma or impact near the eye area.

Return to work the day after the surgery, which is the shortest recovery period out of the three operations. 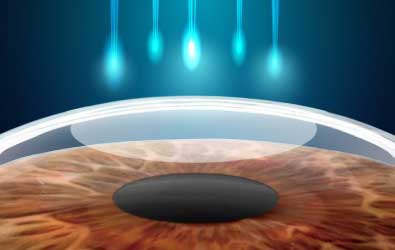 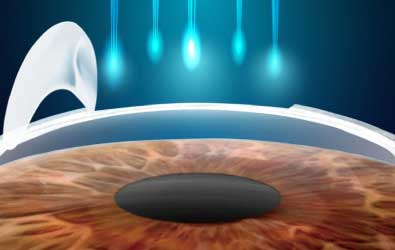 Corneal flap is lifted to expose the stroma, allowing correction of the refractive error using the excimer laser.

SMILE uses negative pressure suction to immobilise the eye. Using a femtosecond laser, it carves out a lenticule consisting of cornea stromal tissue, as well as a 2-4mm incision on the corneal surface to allow access to the lenticule.

The surgeon then enters the eye through the incision, and manually pulls out the lenticule using forceps.

Removing the lenticule changes the shape of the cornea, correcting the refractive error.

Visual recovery generally is slower than LASIK, but faster than SMART TransPRK.

The lenticule has very thin edges, it is much relied on the physician’s technique in clipping it out using forceps, being unable to take out the lenticule at one time might be an underlaying concern. 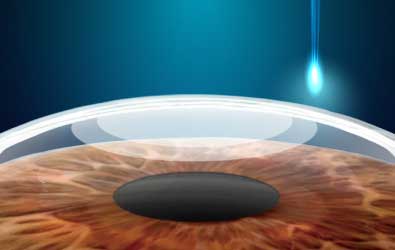 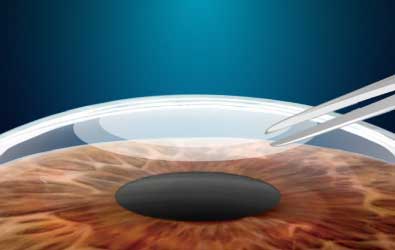 Manual extraction of the lenticule.

SMART TransPRK is a surface ablation procedure that does not involve creating a corneal flap, therefore results in a stable cornea post-operatively.

Unlike the previous two procedures, SMART TransPRK does not require suction.

Only an eye speculum is used to hold the eye lids apart, and whole procedure can be performed with an excimer laser.The excimer laser firstly ablates the corneal epithelium then continues, in a smooth single-step procedure, to ablate the corneal stroma to correct the refractive error.

After the surgery, the corneal epithelium naturally regenerates and grows back over the corneal. This may cause visual quality to fluctuate during the first week after surgery.

Smart TransPRK generally has a longer recovery period compared to LASIK and SMILE. However, it is still a preferred choice for many world-renowned ophthalmologists due to its resultant corneal stability and safety. 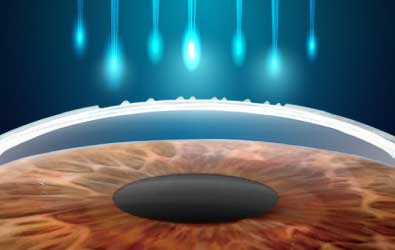 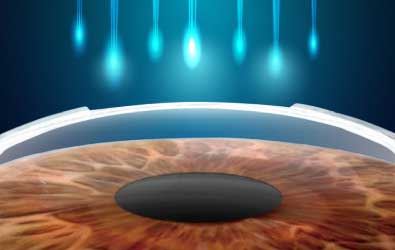 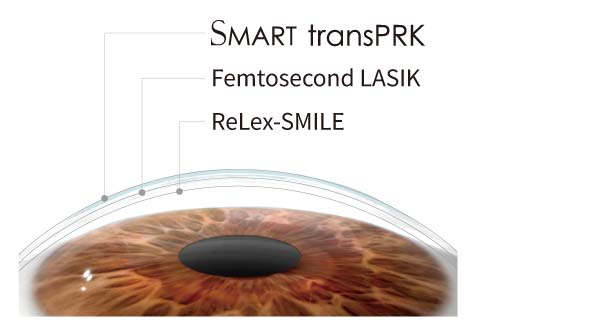 What is the difference between PRK, TransPRK, and Smart TransPRK

TransPRK and Smart TransPRK are both advancement of the original procedure, PRK - Photorefractive keratectomy. While they are all surface ablation techniques, there are some important differences.

PRK involves soaking the cornea in alcohol first, to soften the epithelium, before the doctor scrapes it off using a blunt instrument. The refractive power is then corrected using an excimer laser. The manual removal of the epithelium often results in a painful and prolonged recovery post-operativley.

TransPRK overcame this hurdle and uses the excimer laser to ablate the epithelium, before continuing to ablate the stroma to correct the refractive error. The precision achieved by using a laser greatly reduces the post-operative pain.

Smart TransPRK is TransPRK plus the exclusive SmartPulse technology, developed by the world-renowned German company Schwind, to be performed by their Amaris 1050RS excimer laser. This revolutionary technology results in a smoother post-operative cornea and therefore a shorter recovery period and improved visual quality. 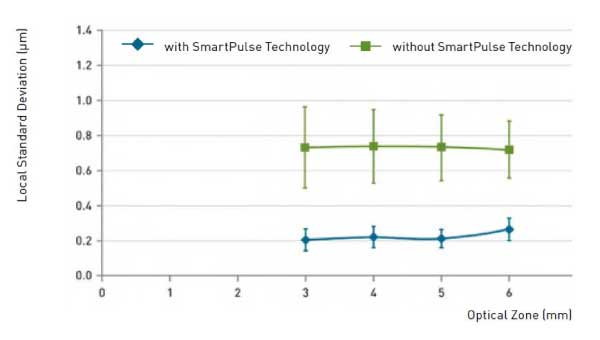